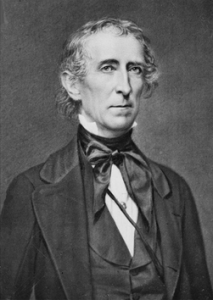 John Tyler was America’s tenth president. He was born in 1790.  He has two living grandchildren.

Both sons are still alive.